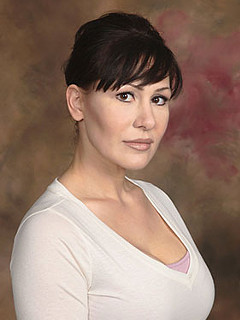 Amy Varshock, LD, DPD, is a licensed denturist in the states of Washington and Arizona. She received her formal education in New York and worked as an organ procurement technician for the Albany Lions Eye Bank and the Organ Donor’s Network before moving to Washington State to pursue a denturist career. After receiving her degree from Bates College in denturism, she moved to Arizona where she became the first female denturist to be licensed in the state.

She loved her work there, but wanted to have her own practice; so she soon found herself moving to Washington State to open an office in Mount Vernon. She creates all dentures by hand, on-site, and personalizes each one to the individual who is to receive the denture. Amy has built the foundation of her practice around educating her patients as much as possible about their choices and the products they receive as well as the benefits of proper denture care and upkeep.

Community service is important to Amy and she has a passion for helping others when in need. Amy was featured in the volume 11 issue of the National Denturist Magazine for her benevolent efforts in the Oso mudslide. She started out by bringing toothpaste to the devastated community, as well as to the first responders, and in doing so saw there was a greater need. She continued on to band together with a group of volunteers to clean clothes for the workers who were cleaning the area for the rest of the month.

Starting in 2014, she opened a second office in Silverdale, where she continues to work single-handedly on dentures for patients in the Kitsap area. Amy strives to incorporate the best parts of modern technology with educational information so that her patients have both the resources and foundation for a successful time adapting to dentures.